Join us on a golf vision quest

A golf website to aid the journey to perfect your swing, make more putts, hit longer drives and get your handicap down to scratch.

Lifetime golfer afflicted with the dreaded chicken-wing bent left arm at impact.  Been working on fixing that for the past 9 years.  Struggle mightily to keep golf handicap under 7.  Hoakalei Country Club, located in Ewa Beach, Hawaii, is my home course.

Started playing golf when I was 11 years old. 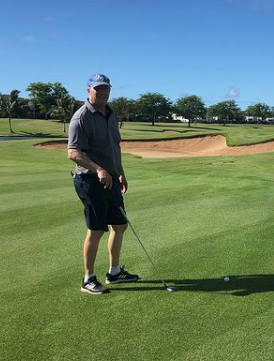 Lag Shot Golf Review - You're not going to believe this!

This club has transformed my game. I'm no longer swinging at the ball but swinging through it.  See my before and after pictures here.  Here are some more quotes about the Lag Shot Golf:

"Fixed my bent left arm at impact and got me to start rotating my hips."

"I can feel the tempo in my swing now."

"I broke 80 for the first time and can't wait to play more." 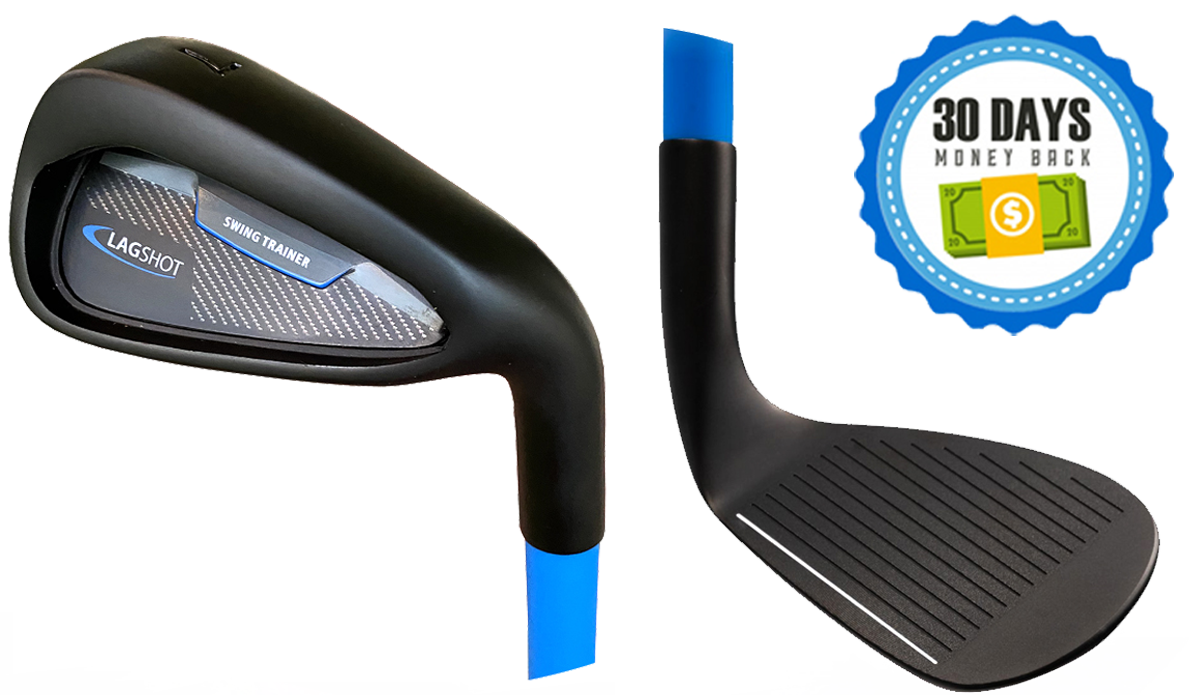 Bottom line. Super speed golf system works.  I am half way done with the first course and have seen an increase of 5-10 yards with my irons and 10 yards off the tee. 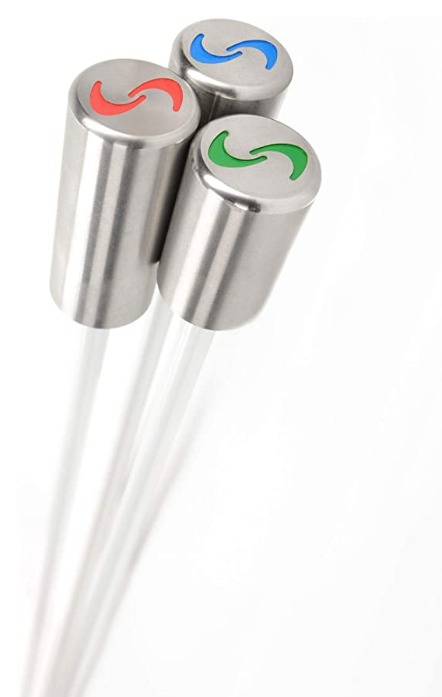 Swing Man Golf is a series of videos and instruction pamphlets designed to increase your swing speed but also help you hit the ball more consistently.  Anyone can flush a drive every now and then, but what we're all looking for is 30 extra yards every time.

Want to bomb it and lower your handicap?

Then Swing Man Golf is the way to go. 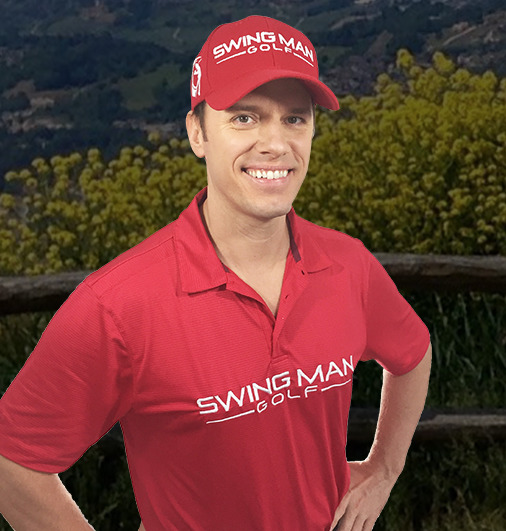 All Golfers Know This Feeling 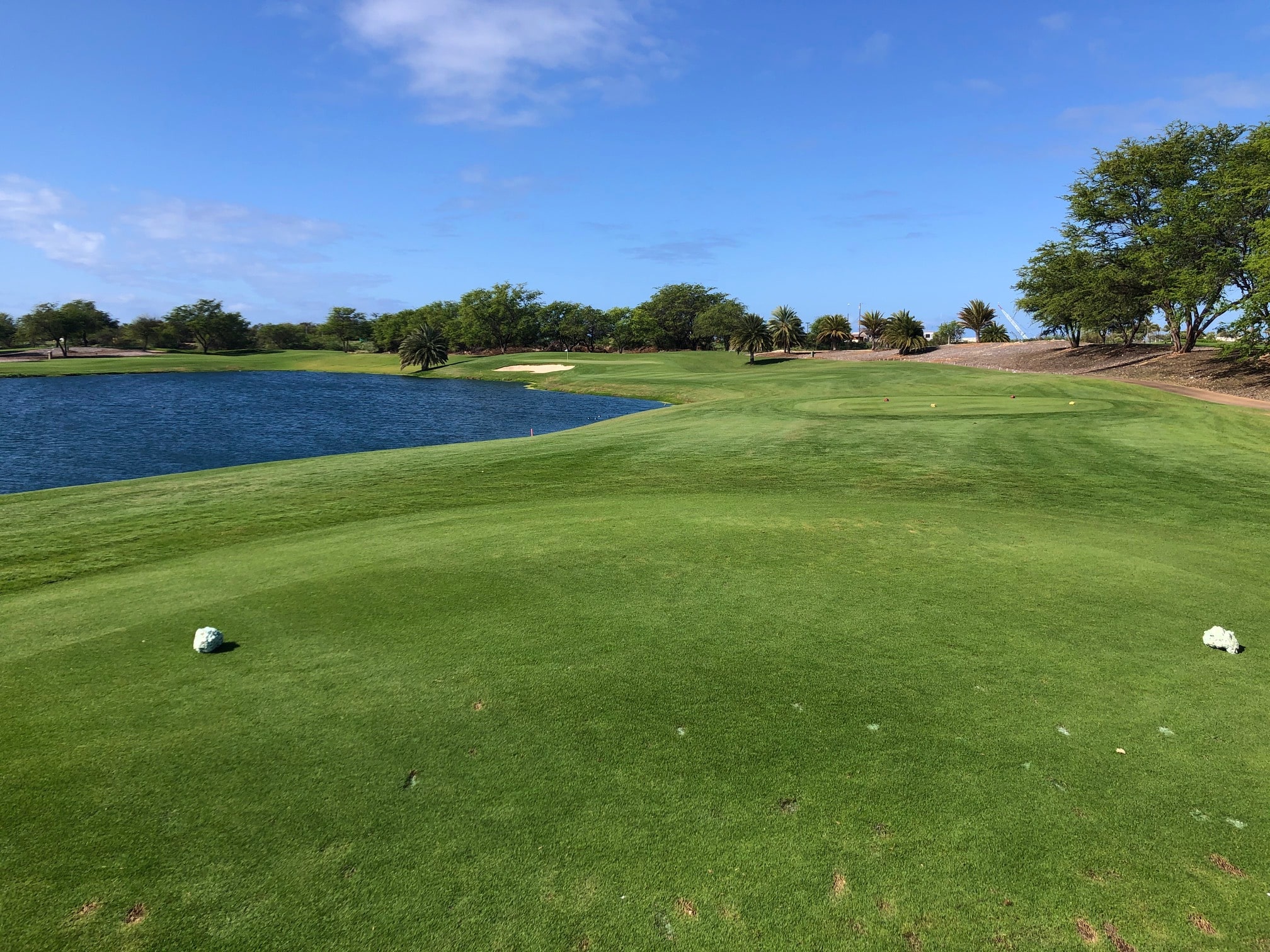 Getting the career low golf round into the clubhouse

We've all been there before.  We've got a career round going, now we just have to get it into the clubhouse.

Golf is like fishing...there are tons of stories about the one that got away.

But every once in a while we're able to finish a career low round without any disasters.

It usually comes down to one critical golf shot that keeps the round alive.

When I was playing golf at the Air Force Academy, every so often our golf coach would make us play from the forward tees.

His theory being if you're not used to shooting low numbers then when you finally get there you'll be out of your comfort zone and will be prone to bad holes and bad shots.

He likened it to driving through an unfamiliar city for the first time.

The first time you drive through the city people tend to drive more cautiously and slowly than normal.

They also tend to be extra vigilant and most likely tensed up around the arms, shoulders, neck and back.

I've found when I'm driving in an unfamiliar environment I tend to forget things like blinkers, checking my rearview and I might even miss a turn or two.

However, after driving the route a few times we all start to relax and whip right through to wherever we are headed.

Shooting low numbers is the same.

If you've never done it before you start thinking differently and before you know it you've choked away a great round.

It's happened to all of us.

It's hard to get that career round of golf into the clubhouse.

Ever wonder how they do it.

I don't know about you, but if I find myself under par during the round I'm normally not thinking about making 3 or 4 more birdies.

I'm taking my foot OFF the gas and trying to coast in.

Pros are STOMPING on the gas pedal and are trying to go even lower.

Because they are comfortable being under par.

The more you are there the more comfortable you'll feel.

The career low round

Comfortable or not, for us average golfers our career round usually comes down to one key shot.

And it's normally a shot that has given us problems in the past.

We can feel the pressure mounting during our round as we take the career score deeper and deeper into the round.

It's like a pitcher in baseball throwing a no-hitter.

Nobody wants to say anything for fear of jinxing the low score.

And in the back our minds we know the key shot is looming ahead.

Lurking in the distance.

It happened to me a few months ago.

I was out playing by myself and was hitting the ball fairly well.

I finished the front nine at 3 over so the round was going good but nothing spectacular.

Now I was in unfamiliar territory and I was out of my comfort zone.

I've shot under par before but not in a long time and definitely not on my home course.

My home course is Hoakalei located in Ewa Beach, Hawaii.

It's an Ernie Els design with 137 deep and unforgiving bunkers.

It also has 13 water holes, fast greens and trade winds that consistently blow 10-15 miles per hour.

The rough looks benign until you get in it.

It takes playing the course a few times before you realize the rough, while not very high, snarls your club and is extremely hard to chip and hit out of.

Number is a ridiculously hard hole.  It plays 400 yards into the wind with water down the entire right side and out of bounds left.

The green is guarded by bunkers and water and it's severely sloped.

In the Sony Open qualifier the stroke average was almost 6.

On Saturday's if you par it you'll normally take home the skin.

It's a good challenge so for an almost 60 year old man playing it at 6226 yards, it's a great test of golf.

You must hit it straight, have a good bunker game and make a few putts.

It's not unusual for a golf course to have an amen corner popularized by Augusta National's 11, 12 and 13.

14 is the number 8 of the back nine, 15 is long and the green is hard to putt and 16 plays into a wind funnel created by two housing areas on either side.

Getting through these three holes with pars is hard.

But that's not what was worrying me.

I just accepted the fact that I'd probably make a bogey or two.

I was more worried about number 17.

To my surprise I parred all three and wound up on 17 tee at 1 over.

The 17th hole at Hoakalei is a par three that plays about 170 - 200 depending on the hole location.

It normally plays down wind with a lake and a bunker left of the green.  The miss is short or to the right.

Almost anything left will miss the bunker and end up in the lake.

My miss is left.  Especially with a hybrid.

Hit it even halfway straight and the worst you'll make is a 4.

Number 18 is a fairly straightforward par 5 so I knew all I had to do was get past this one key shot on 17.

I was playing by myself and there was no one else on the course so I was taking my time.

But, I just couldn't get situated over the ball and had to back off twice.

I almost never do that.

It was all nerves.

I took a deep breath and tried to focus on how little the shot really mattered in the grand scheme of things.

Being almost 59 does have its perks in that you can normally find a healthy dose of perspective without trying to hard.

With that in mind I stood over the ball with one swing thought.

I knocked it on the green and made par.

Parred 18 too for my low round in a long long time.

Got a story about your critical shot.

Let's hear about it here.

The Golf Blow Up

On the other hand we've all had rounds that started well and ended in disaster.  I once birdied 4 of the first 6 holes and shot an 81.  I had pars on the other two holes bymaking 40 foot par saving putts.  So I essentially one-putted the first 6 holes.  I knew it couldn't last and I eventually blew up on the back nine.

My Ping G410 driver.  Had it for just over a year and not even thinking about another driver any time soon.  I hit this driver, straighter and longer than any driver I've ever hit in my life.  Our course can play pretty tight with its sand traps and water hazards so hitting the ball straight is always at a premium.

Vision Quest Golf is an affiliate link golf website which promotes better golf, golf tips and techniques and greater overall enjoyment of the game of golf.  Join us on our vision quest to scratch golf.