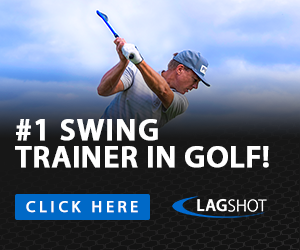 We take dead aim on the best golf books we could find.

Tired of scrolling through endless TikToks or binge watching shows on Netflix?

Kick back and relax with some riveting golf stories and some history lessons.

We’ll take you on a tour from the greatest private match in history to Ben Hogan, Jack Nicklaus and Tiger Woods.

You’ll find the highest selling golf book on the list but also some amazing golf books you’ve probably never heard of before.

One thing for certain is the golf writing is superb.

A professional golfer, Ben Hogan won 63 events on the PGA Tour, and 71 in total, throughout his illustrious career.

Additionally, he was named Player of the Year four times and never lost a Ryder Cup match throughout his career.

Anyone with ordinary coordination may learn to break 80 if they apply themselves carefully and sensibly, according to one of the best golfers of all time.

Using the strategies in this book, you can learn how to improve your game from the tee to the green, step by step and stroke by stroke.

To every golfer who realizes that fundamentals are the building blocks of success, Ben Hogan’s Five Lessons is an essential guide to mastering the game and is at the top of the list of golf books to own.

This book, which was written in 1957, is as valuable to golfers today as it was back in Hogan’s heyday. Get it on Amazon for $9.39 in paperback.

Getting Past the Seriousness of Golf –

Complete with full-color animations, this is a great book to give yourself or any avid golfer.

The author, Joshua Shifrin, helps golfers get through those bad days of playing golf. You don’t have to feel abject defeat when you have a sense of humor.

You might explain a bad putt, for example, by saying that there were “. . . too many spike marks on the green.”

The author has included 150 excuses for pro golfers and newbies alike. Some of the examples include the following:

You can laugh through any challenges that come your way by using this book as a reference.

A licensed psychologist and a professor of psychology, Joshua Shifrin is also an enthusiastic supporter of sports.

He has previously written nine books, including humorous books that cover tennis and baseball.

You can buy this book on Amazon in paperback currently for $12.97 or download it to your Kindle for $7.99.

You can also read it with Amazon’s free app.

Authors P. G. Wodehouse and John Updike are just a few of the famous authors that feature in this collection of golf-related stories, along with Ian Fleming (author of James Bond stories) and Ian Rankin.

Other contributors include E. C. Bentley, Dan Jenkins, Rick Reilly, F. Scott Fitzgerald, A. W. Tillinghast, and Rex Lardner, the nephew of Ring Lardner, who wrote a story that may be the funniest golf narrative ever written.

The result is an anthology that is as fascinating, controversial, and exciting as golf itself.

Author of The Ultimate Golf Book and contributing writer to the magazine Golf Digest, he is well known in the golfing community.

You can purchase this anthology on Amazon for $20.00 in hardcover.

Golfers and non-golfers alike will appreciate this book.

For the Golfer Who Also Loves History –

The Match: The Day the Game of Golf Changed Forever by Mark Frost

Byron Nelson and Ben Hogan were paired against amateurs Harvie Ward and Ken Venturi from a wager triggered by two millionaires in 1956.

In 1956, decades had flown by since ten-year-old Eddie Lowery climbed to fame as the caddie to Francis Ouimet, the U.S. Open Champion in 1913. Ouimet, who is often referred to as the “father of amateur golf,” was the first non-Briton to be elected as Captain of St. Andrew’s Royal and Ancient Golf Club.

When Ouimet won the Open, he was only 20 years old.

He won the game, five strokes ahead of Ted Ray and Harry Vardon at the Country Club in Brookline, Massachusetts.

That, in golf history, was certainly a momentous event.

This book covers a bet made between Eddie Lowery (the caddie for Ouimet) (a wealthy car dealer and millionaire) and George Coleman (another millionaire).

At the time, Lowery insisted that two of his employees, Ken Venturi and Harvie Ward could stand up against any two golfers that Coleman brought to the course.

Coleman took on the bet by getting Ben Hogan and Byron Nelson to play against the amateur players.

A legendary story, this match represented one of the greatest private golf games ever played.

You will still experience the same suspense as those who watched “the greatest game ever played”.

Buy the book on Kindle or get it in hardback or paperback.

The paperback version sells currently for $15.79 and the hardcover copy lists for $15.00 (both versions are great to add to your at-home library).

You can also upload the book to your Kindle for $9.99.

Harvey Penick’s Little Red Book: Lessons and Teachings from a Lifetime in Golf

Remember Ben Crenshaw winning the Masters and then breaking down into tears?

How can we ever forget that moment.

He was sad because his lifelong mentor, friend and coach Harvey Penick had just passed away.

But Harvey’s legacy lives on with one of the greatest golf books ever written.

It truly stands the test of time.

He masters the fundamentals from the short game to the driver.

It is easily one of the best selling golf books of all time.

Learn from the master Harvey Penick himself.

Hank Haney knows a thing or two about the golf swing!

He spent years coaching Tiger Woods during one of the greatest stretches of golf in PGA tour history.

In fact Tiger might have played the best golf that’s ever been played.

From grand slam to Tiger slam.

He also ushered in the era of the modern fundamentals of golf.

See how a noted PGA coach looks at the game of golf and get one of the greatest golf instruction books ever.

Get an inside look at how Hank Haney teaches golfers and see how Tiger approaches golf.

Forget about your golf swing.

Focus on the mental game instead and achieve ultimate focus.

Lock this aspect of your golf game down and you’ll master each and every golf course you play.

Read the Buddhist teachings of Dr. Parent and apply them to your game.

Parent teaches golfers to relax and play in a natural way.

This book set the golfing world on fire with its insights into a key aspect of golf.

What’s going on inside your head is just as important as golf mechanics and techniques.

Do you want to be a complete golfer and achieve the ultimate focus, like Tiger Woods?

Get this amazing read for that special golfer that needs a little edge.

A Good Walk Spoiled: Days and Nights on the PGA Tour by John Feinstein

I’ve always enjoyed John Feinstein’s articles in Sports Illustrated so I remember the excitement when this book came out years ago.

I read it cover to cover in one day.

I just could not put it down.

This book gave the golf world an inside look into the PGA tour and PGA tour pros.

Take a peak behind the scenes and inside the ropes and go where golf fans can only dream of going.

Inside the mind of the greatest golfers.

He walks the golf courses with the pros, sees them practice and takes you up close and personal.

Watch their struggles as Davis Love III competes in the Ryder Cup.

Forget about golf instruction for a little while and learn what it’s like to grind out a living playing the greatest game ever invented.

Few other sports compare to golf and Feinstein does a fantastic job of showing how the pros deal with on course demons just like we do.

It’s entertaining and moves at a fast paced clip.

This is one of the very best golf books ever written and if you play golf or aspire to be a PGA touring pro this is a must read.

Funniest golf book in the world: Golf in the Kingdom, by Michael Murphy

Come on a spiritual adventure and read the funniest golf book you will ever read!

Read the passages out loud with a booming Scottish brogue and enjoy yourself.

I read this classic years ago and loved every minute of it.

Forget the famous self help books, get the one with amazing stories and endless tales of good golf and spiritual golf.

This book is for the golf nut who have everything.

We promise you won’t be disappointed.

A weary traveler in the 1950s stops in a small town in Scotland and ends up hearing tales of life and wild and hilarious golf from life long caddie Shivas Irons.

From Ben Hogan to Jack Nicklaus to Tiger Woods, they’ve all had one thing in common.

Do you want to play your best golf and start to break 80?

Then you have to master the short game.

Dave Pelz takes us there.

Learn how to master the game from 100 yards in and find out how important it really is.

This is the short game bible.

Caddy for Life: The Bruce Edwards Story, by John Feinstein

John Feinstein is a master story teller and takes us inside Edwards’ remarkable life and provides us insight to the world of golf only a few people have ever seen.

The Bruce Edwards story is a riveting read and is hard to put down.

Feinstein strikes a chord with his master story telling again.

Dave Stockton shows us how to unlock our unconscious self and learn to start mastering the mental game.

You’ll start playing your best golf as soon as you let go and rely on some “Zen golf”.

As far as golf books go, this one is probably one of the most underrated golf reads out there.

Payne Stewarts life ended in tragedy but before it did he touched a lot of people along the way.

Find out the behind the scenes look at the life and times of one of the world’s most popular golfers.

My Life In & Out of the Rough: The Truth Behind all that Bull**** You Think You Know About Me by John Daly with Glen Waggoner

You have to hand it to John Daly.

He’s laying it all on the line all the time.

It’s one of the reasons he’s a fan favorite.

Find out first hand about his gambling, drinking, marriages and his golf.

He’s not only super long off the tee, he’s straight too.

And he’s blessed with a super soft short game!

He’s a blue collar kid that burst onto the scene at one of the sport’s biggest events.

He’ll thrill you with at inside looks at some of his wildest and most outlandish experiences.

Get this book for the golf lover!!

We are affiliate marketers. We only make money if you purchase from our links. It doesn’t add to your cost. Thank you.